Hazelwood has been running a budget deficit since 2012. In 2020, fire service payments make up almost 40% of the Hazelwood city budget!

So far in 2020, Hazelwood has avoided cutting any fire or police protection service due to budget deficits.

On August 4, two referendums will be on the Hazelwood ballot. Both are designed to help pay for fire service for Hazelwood residents.

Referendum: Robertson NID to Pay The Cost of Fire Service

The NID would produce about $2.6 million annually to balance what Robertson residents and businesses pay versus what they are charged (based on the tax rates approved by Robertson voters).

Hazelwood voters approved a ¼ cent sales tax for fire service in 2014. This additional ¼ cent would generate about $780,000 per year to support the Hazelwood Fire Department. In 2019, the Missouri General Assembly voted that cities could increase their fire service sales taxes to a ½ cent, which allows for this option.

Cost of Fire Service in Hazelwood

Other Ways We Save Money

Hazelwood has been cutting jobs and services to try to balance the budget. Here’s what has been done in 2020:

The referendums for the NID and ¼ cent sales tax increase were voted on by the Hazelwood City Council in June 2020 to give residnents a change to address these options.

But what about Tax Abatements?

The City has received many excellent questions about tax abatements, so we want to address them:

The City did offer full tax abatement in the late 2000’s to try to spur new development after the Ford plant closed. The effort worked.

As the City’s economic development efforts have started to succeed, the City has reduced its tax abatements.

Lastly, fire districts are exempt from tax abatement for any projects that start after 2015. The City requires any developer to repay the City for any taxes the City pays to the Robertson or Florissant Valley Fire Districts. The City continues to consider each economic development project to determine the appropriate incentive, if any, as good stewards of the taxpayers’ money. 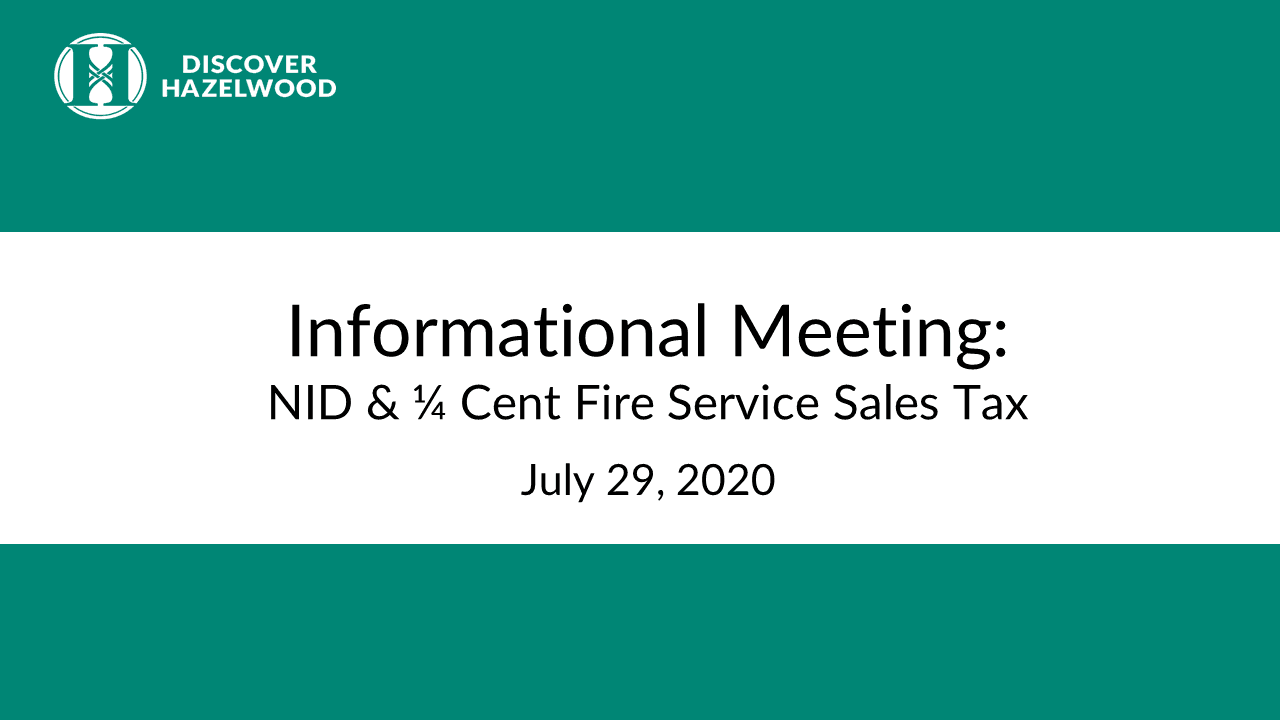 Letters to the Residents

View the recording of the Informational Meeting: